Safe harbour in a sea of trouble – news from ‘our’ village

Working in healthcare for the benefit of mankind is the core of our business. Naturally, our corporate social responsibility programme mirrors this approach. Since early 2017 we have been supporting the German charity Kindernothilfe and their aid workers in their efforts to bring health, education and agricultural support to the mountain regions of Haiti. Here is the latest news from ‘our’ villages.

While natural disasters evaded the island of Haiti during the last year, the political situation was difficult and remains so. Demonstrations and armed conflicts were common place and made for an insecure environment as the disappointed population protested against corruption, the high cost of living and the lack of fuel. The current government as well as the previous Martelly administration is believed to have embezzled 3,8 billion US dollar from Venezuelan oil deliveries. The lack of investment in education and health is also a much-criticized issue all of which resulted in street fights and deaths.

In the mountain region south of Carrefour, government schooling or healthcare programmes are practically non-existent. For a number of years and despite setbacks through natural disasters, Kindernothilfe and their aid workers have continuously worked to implement children’s rights, ensuring that children are safe from exploitation through child labour. Now girls and boys have access to education, food and healthcare giving them and their families more of a long-term economic perspective. 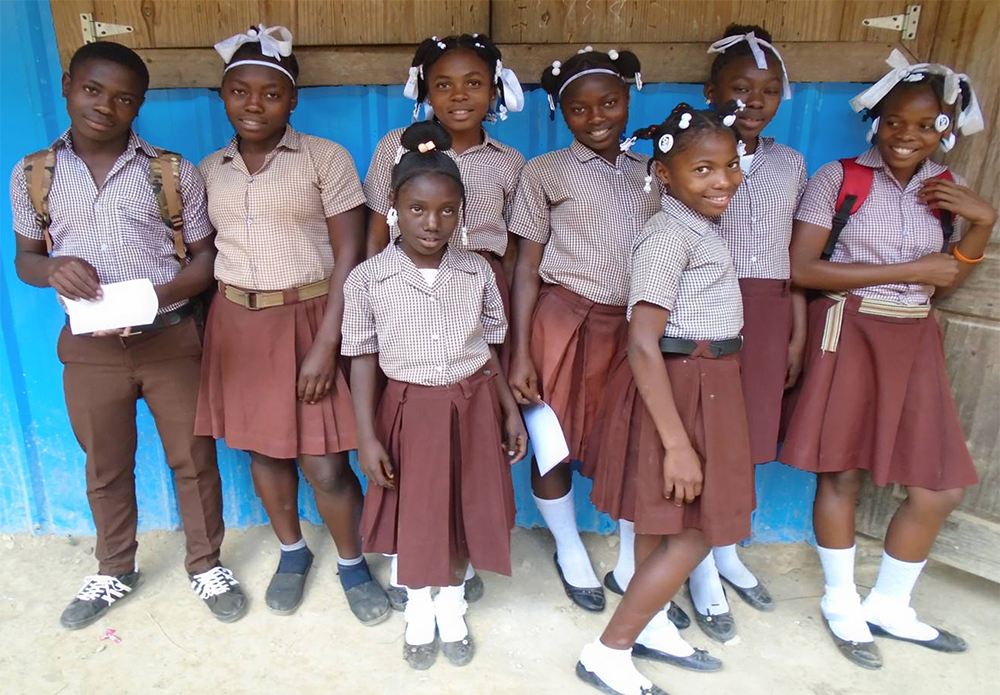 Education is key for a better future. And in addition to academic subjects like maths, history and French, children are taught skills and crafts with which they can sustain themselves and earn a living. Teaching children their rights, so that they know and can insist on them is another important part of the curriculum. In a playful approach, boys and girls prepared and performed poems and dances for National Children’s Day. Democratic principles and peaceful resolution of conflicts are also part of the curriculum. There is a student’s council and when squabbles arise after class, boys and girls learn methods to enable them to settle conflicts amicably.

An overview of the project milestones of the last year:

We think this is an amazing list of achievements and extend a big thank you to Kindernothilfe and their onsite aid workers for all their efforts! Thank you also to those clients, friends and families who added their donations to our Dicou fund. If you would also like to support this project, please contact me at schmidt@infill.com